Drivers may turn on a flashing yellow arrow but must first yield to oncoming traffic and pedestrians and then proceed through the intersection with caution. Drivers have previously mistaken the green ball indication, above a left-turn lane, to mean "GO", when it actually means yield. The flashing yellow arrow is a more intuitive color and symbol of yield, over the traditional green ball.

A left-turn trap occurs when a driver is making a left on a permissive phase and then becomes trapped in the intersection while the light turns yellow. The driver sees that the adjacent through traffic also receives a yellow light and assumes the same for the opposing through. The driver then proceeds through the intersection, possibly causing a T-bone type crash. 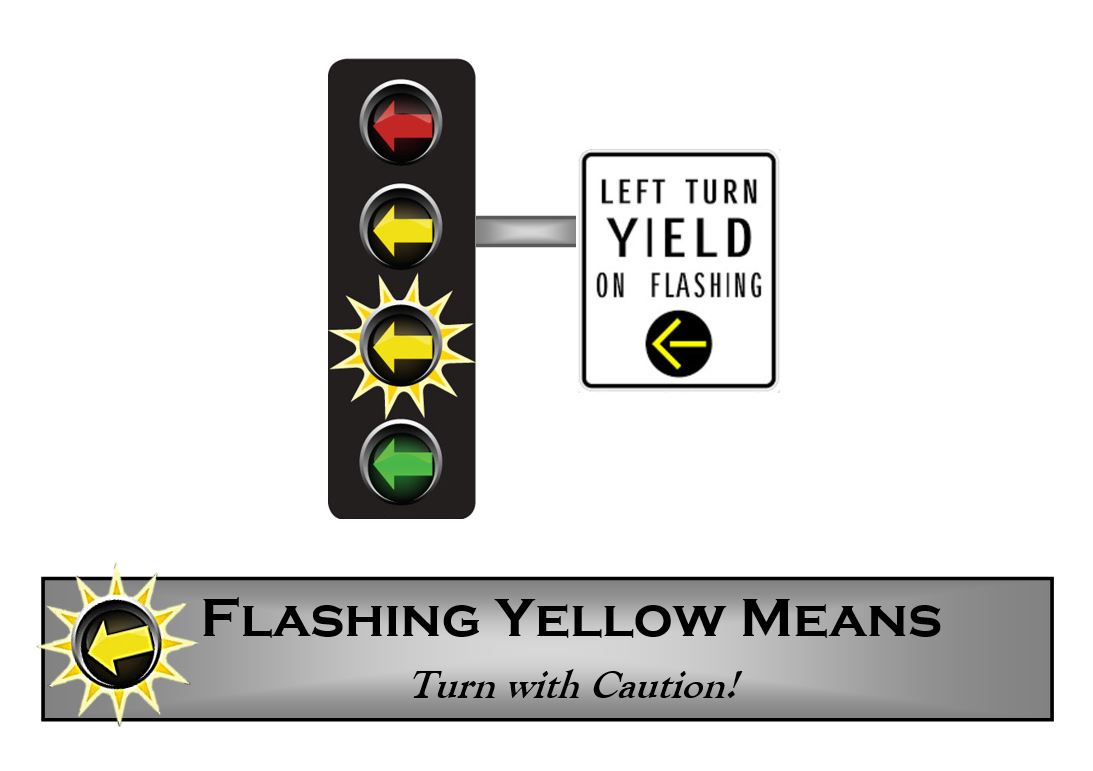 This change is expected to increase efficiency of the intersection by allowing many of the left-turn vehicles to turn on the permissive phase, and then clear out the remaining queue during the protected phase.

At the intersection of Beulah and McConnell, City Staff has compared 5-years’ worth of crash data from before the Flashing Yellow Arrows were installed to after the install. The results indicate that the yearly average left-turn crashes saw a 50% decrease. While all crash types saw a 16% decrease. Bicycle and pedestrian crashes were unchanged.