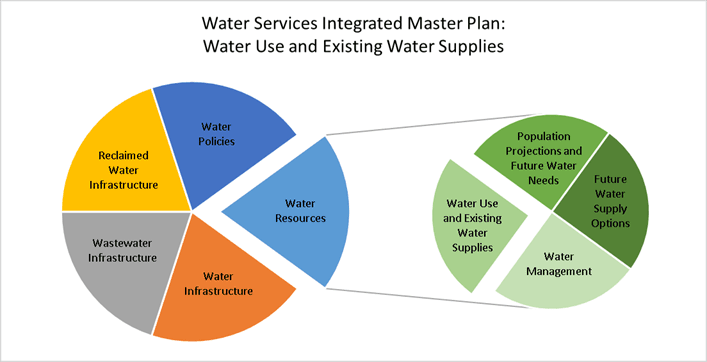 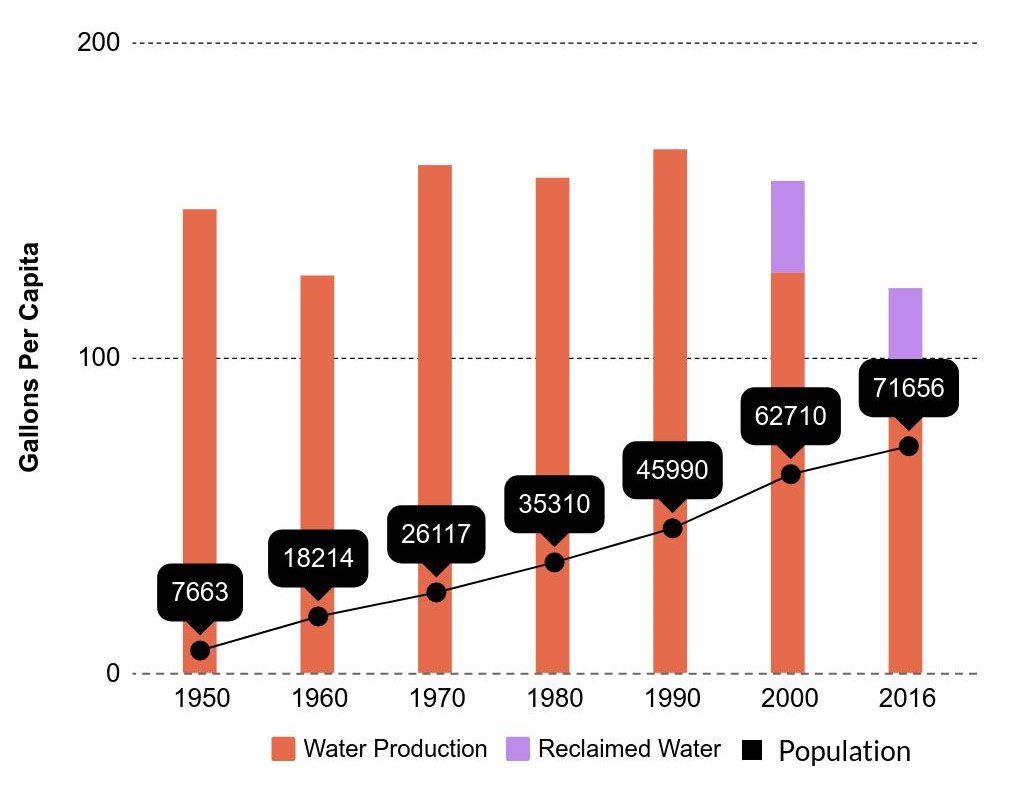 In the last 10 years, Flagstaff's residential  and non-residential water use, reclaimed water use, and the city's non-revenue real-and-apparent losses have been declining. The Water Conservation Program is assessing "how low" Flagstaff could go with water use. 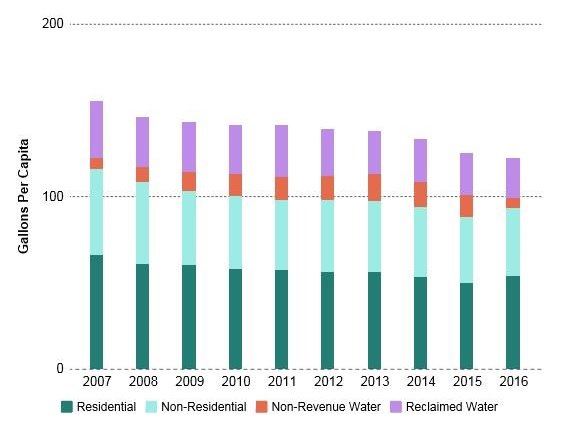 How Much Water Is Used in Flagstaff?

The chart below displays all water usage including all drinking water produced for use indoors and outdoors, at single-family and multi-family homes, at commercial sites, by manufacturers, at Northern Arizona University, and by standpipe customers. Not all water produced generates revenue; a portion falls into the "non-revenue" category, which includes real losses such as system leaks and system flushing, as well as apparent losses, such as billing discrepancies or metering malfunctions. Reclaimed water comprised nearly 20% of Flagstaff's 2016 water portfolio.

The graphic below depicts the added benefits that reusing wastewater and stormwater have on potable water consumption, infiltration to the aquifer, and runoff to the environment. Sustainable urban water cycles incorporate aspects of the natural water cycle and reuse into a conventional urban water cycle. These, and other considerations, will be evaluated in the next Water Resources Master Plan.

How Much of Our Water Is Recycled?

The majority of large outdoor water users are provided reclaimed water in the summer months. These include golf courses and the majority of Flagstaff schools and municipal parks.

With little need for reclaimed water in the winter months, the majority of recycled water is discharged to the Rio de Flag wash. Only a small portion stays within the city's urban watershed. 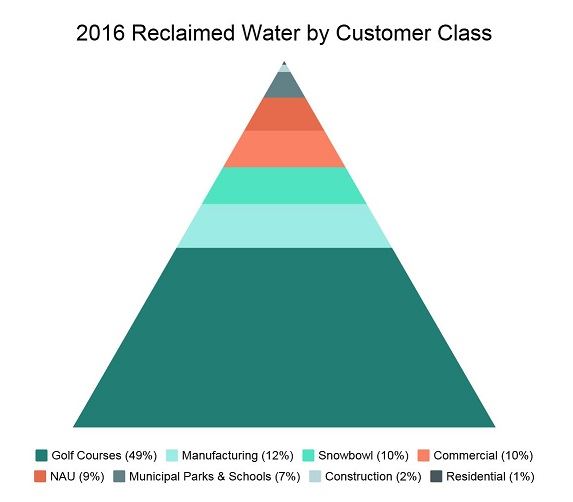 While reclaimed water makes up 1/5 of Flagstaff's total water delivered, there is potential to reuse a lot more, and to keep a larger percentage within Flagstaff's urban watershed. Options include:

Read about Arizona's profile in water reuse from the WateReuse Association here.