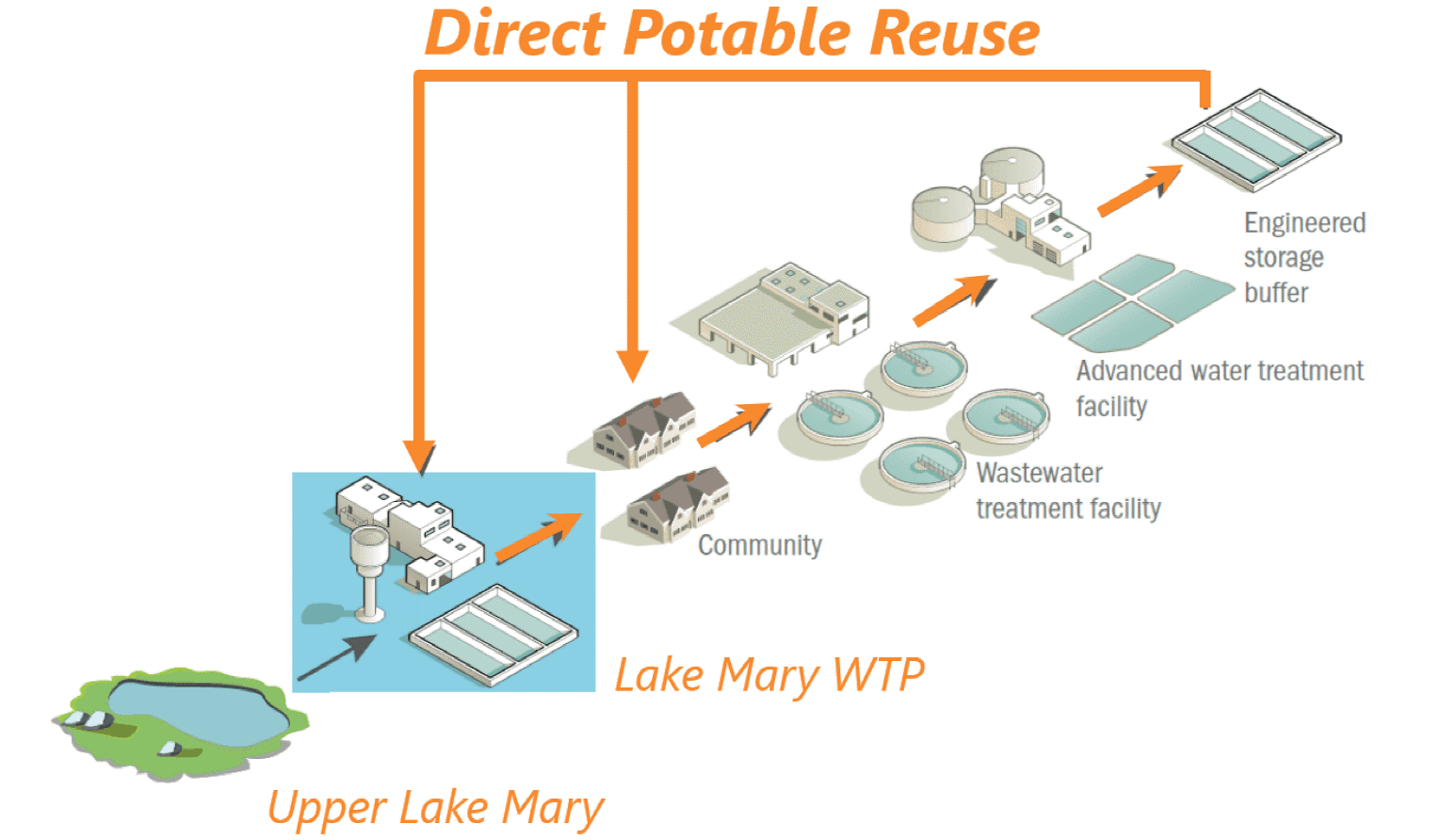 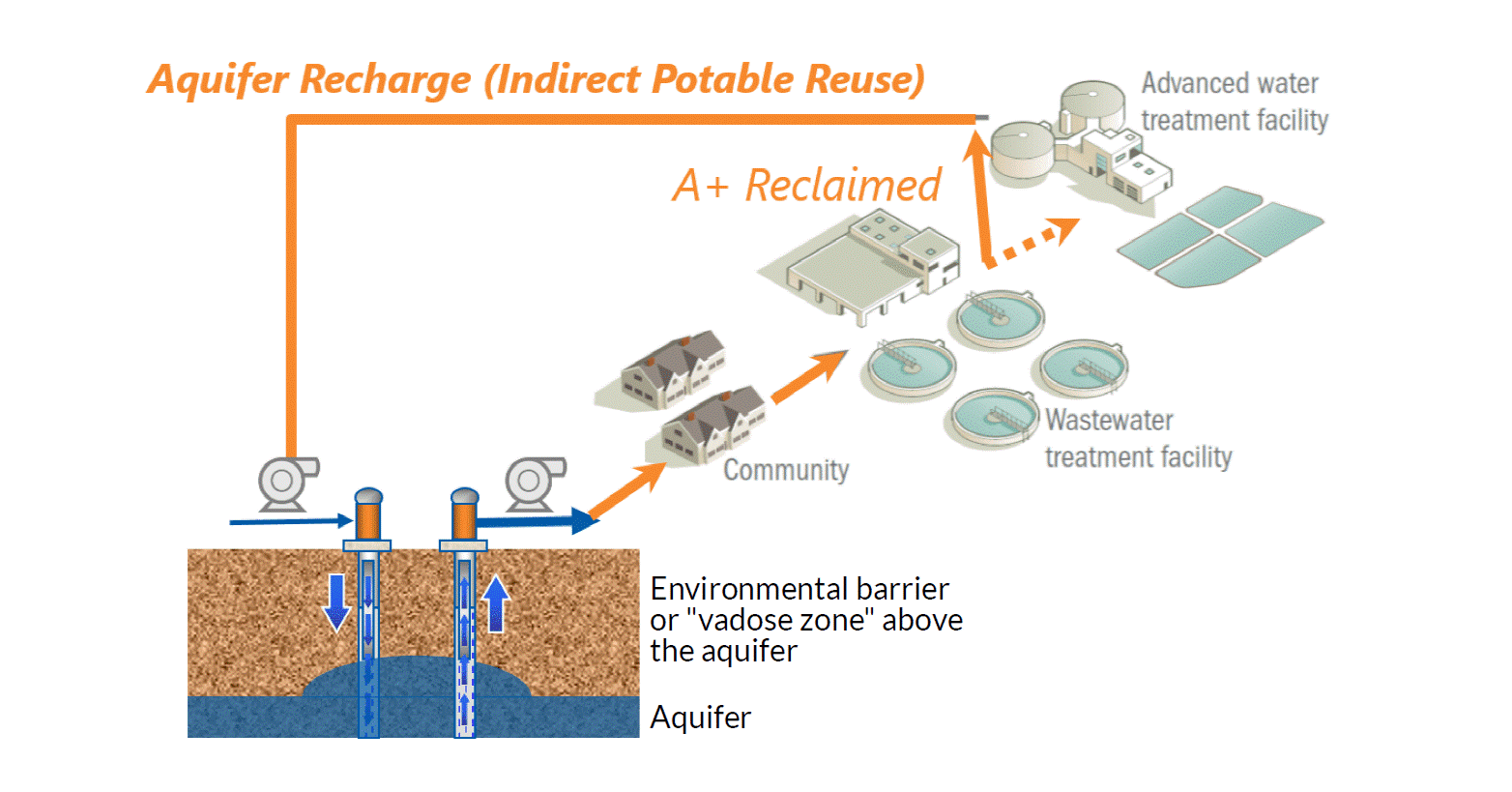 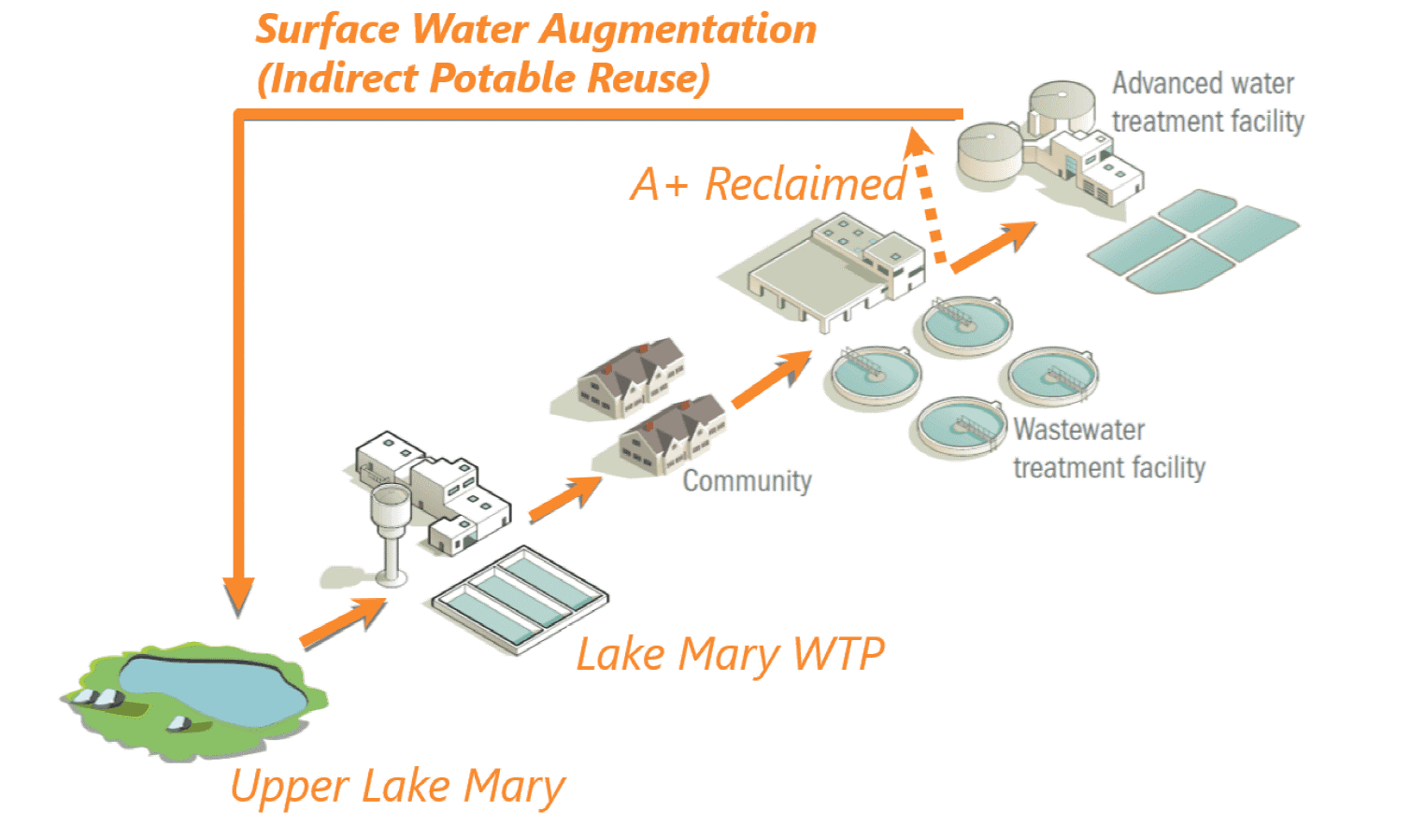 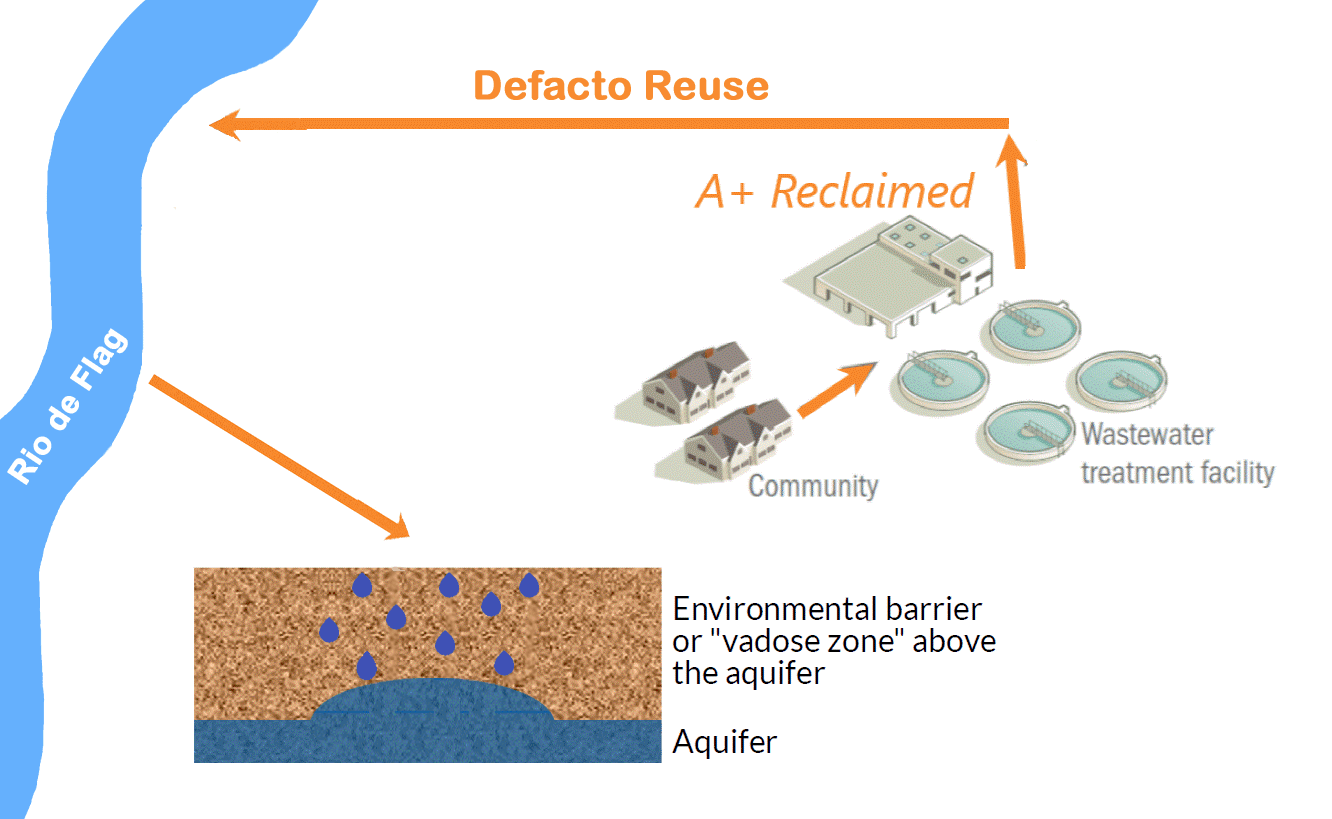 discharging reclaimed water into established drainages, allowing it to naturally filter as it works its way down through the earth to the aquifer. This is called an environmental buffer, and is the most commonly-used method to discharge reclaimed water.

Class A+ reclaimed water is currently discharged into the Rio de Flag where it percolates through the ground back into the aquifer. The aquifer is monitored to detect any impact on the water quality.