Turn it Off FAQs

Idling is when a driver leaves their vehicle running unnecessarily while parked.

Why are we talking about idling? 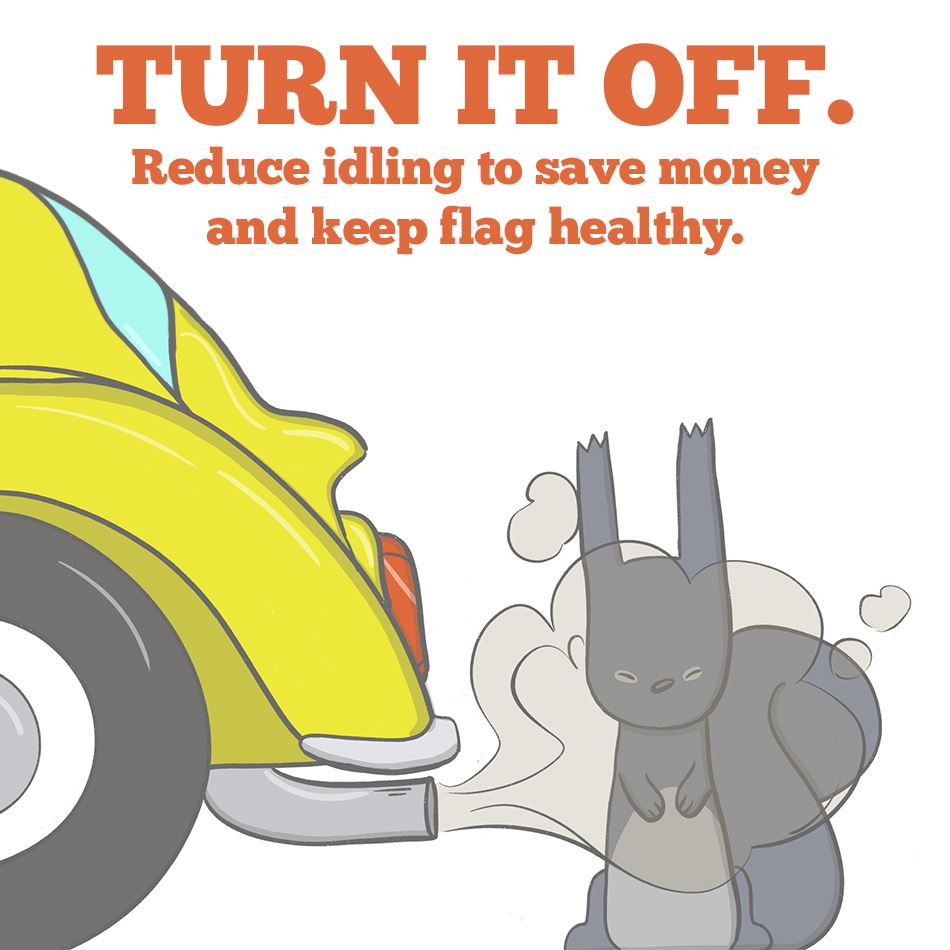 Do you want me to stop idling everywhere?

Is shutting off the engine bad for my car?

Doesn’t it use more gas to start the car than leave it running?

No! Idling for just 10 seconds wastes more fuel than restarting your engine, so don’t hesitate to turn it off when stopped for a few minutes in a parking lot, for example.

Does it really save money?

Yes! The cost of wasted fuel can range anywhere from $70-650 a year depending on fuel prices and how much you idle.

Where does excessive idling occur in Flagstaff?

We surveyed Flagstaff residents in summer 2018 and the three most common places are:

What are the benefits of reducing idling?

No! The Turn it Off campaign is focusing on voluntary action. Reducing idling in one location is a choice residents can make to save money.

How is the campaign funded?

We received a grant from the Urban Sustainability Director’s Network to communicate the benefits of reduced idling to residents.