What would you say if someone...

A few good answers include: 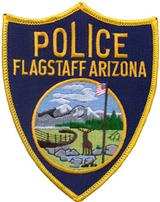 A Guide to the Classics

Two strangers tell you they have found a large sum of money or other valuables. They tell you they will split the good fortune with you if everyone involved puts up "good faith" money. You turn over your cash, and you never see your money or the helpful strangers again.

A so-called bank official asks for your help to catch a dishonest teller. He or she asks you to withdraw money from your account and turn it over so he or she can check the serial numbers. You do and you get a receipt, but your cash is gone. No legitimate bank official would ever ask you to withdraw your money.

Someone offers you a painless way to make money. You invest a certain amount and solicit others to do the same. They then solicit others, and so on...like a chain letter. This is the Pyramid Scheme. Sometimes the initial investors are paid a small dividend, but when the pyramid crashes-and it always does-everyone loses, except the person at the top who has skimmed off the money and never invested it.

Shortly after the death of a relative, someone delivers a leather-bound Bible that your deceased relative allegedly ordered. Or you get a bill in the mail for an expensive item on which you must make the payments. The Funeral Chaser uses obituary notices to prey on bereaved families. Remember, you are not responsible for anyone else's purchases, and all legitimate claims will be settled by the estate.

A "free" inspection uncovers needed repairs that will cost thousands of dollars. Or a contractor comes to your home and offers a special half-price deal on a roof because he has extra materials from another job. These are favorite tricks of dishonest firms or individuals who victimize homeowners.

The cause sounds worthy and the solicitor is sincere, but it's a charity you've never heard of, or its name sounds like that of a well-known charitable group. Before you give: