To give you an understanding of the Project, the Project Team has put together a brief Project Presentation Video.

How to Receive Project Information:

For general questions and project information, call the Project Hotline at (928) 255-5153

The roadway improvements include replacing the existing asphalt roadway, replacing rolled curb with vertical curb, constructing driveway ramps at driveway entrances, and replacing select sidewalk only where it currently exists on Crescent Drive. Sidewalk WILL NOT be installed where it does not currently exist.

Estimated Construction Cost for the Project is $6 Million.

Design is currently 90% complete. Construction is anticipated to take place over two construction seasons, beginning in Spring 2021 on Crescent and Navajo and ending in Fall 2022 on Talkington and side streets. 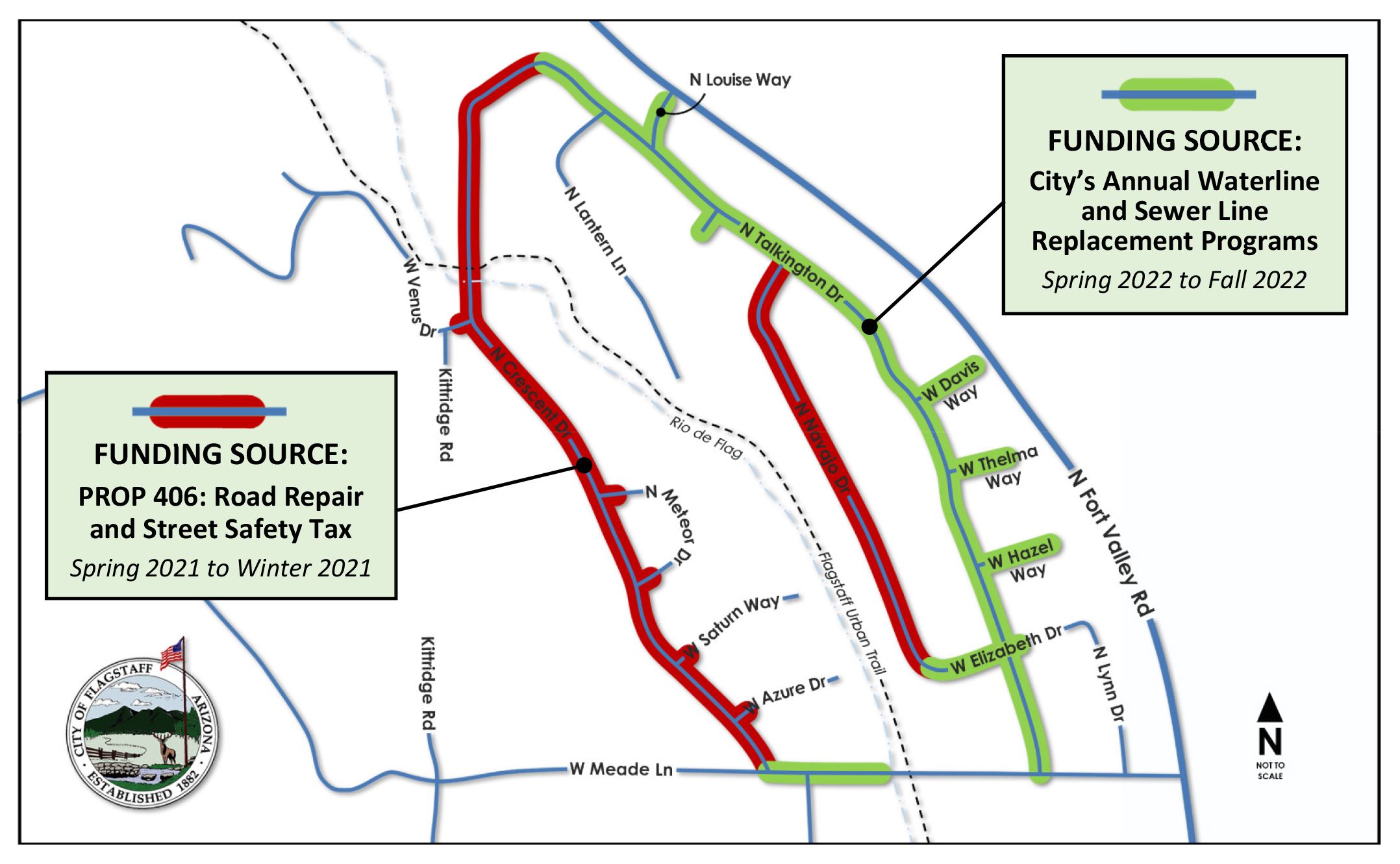 The Crescent Drive and Navajo Drive portions of the Project are funded by the Road Repair and Street Safety Sales Tax, also known as PROP 406. These streets qualified to receive utility and roadway improvements due to their existing pavement Overall Condition Index being at 50 or below on a scale from 0 to 100 and their existing utilities needing repair or replacement dur to size, material, age, and/or consistent maintenance.

The Talkington Drive (including the side streets), Elizabeth, and Meade portions of the Project are funded by the Annual Waterline and Sewer Line Replacement Programs, which was identified as a proposed Project by the City’s Water Services Department.

It was decided to combine the two Projects with two separate funding sources to take advantage of the costs savings by delivering both projects at the same time, given their proximity to each other.

Construction Contractor (To be determined)

Connect to the Project Through our Social Feeds