Advisory Bike Lanes are a promising new roadway-striping design that includes a shared center lane for vehicles bordered by dashed bike lanes. Vehicles may use the dashed bike lane to pass oncoming vehicles after yielding to any bikes present. They are a low-cost design that encourages bike riding and promotes traffic calming, according to early studies in the US. 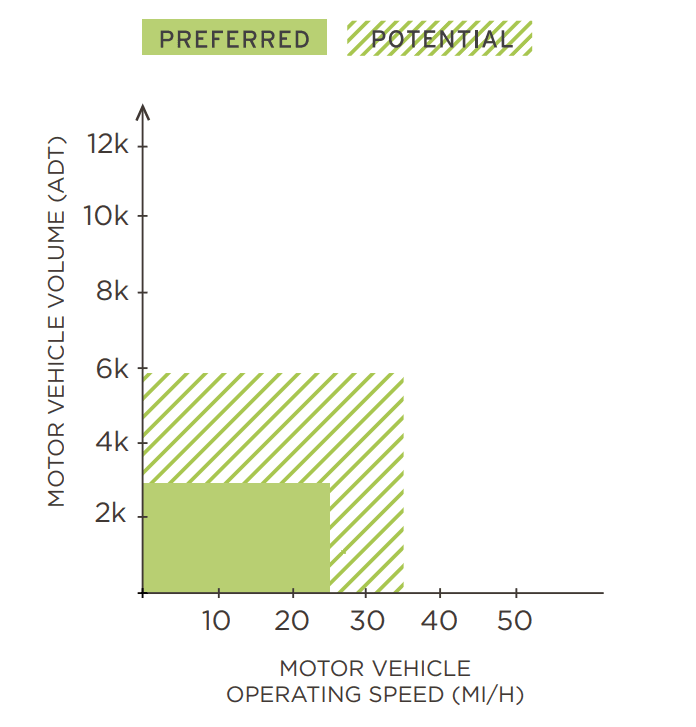 Please watch for a short explanation of Advisory Bike Lanes 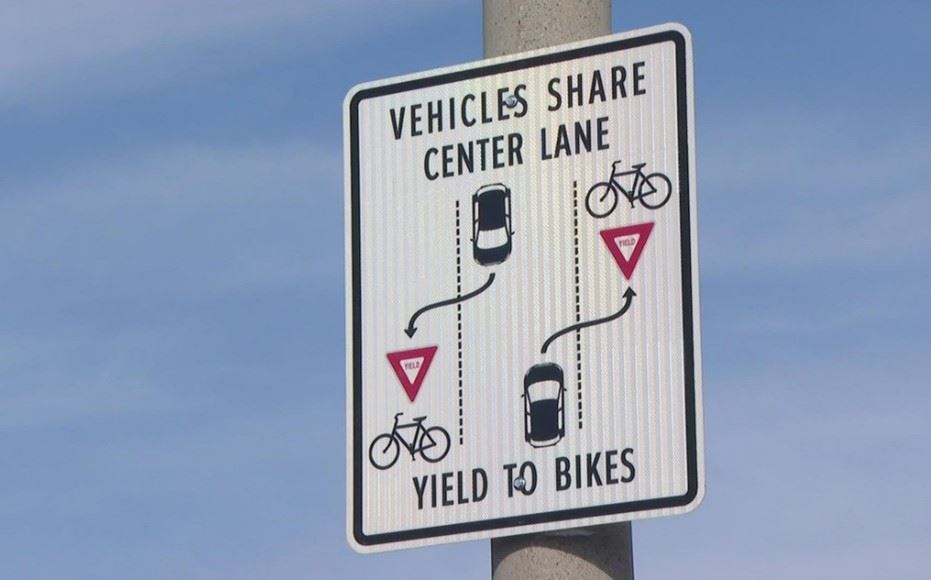